Fencing is an exciting Olympic and Pan-American Games sport that develops coordination, timing and problem-solving skills while at the same time providing a unique physical challenge. It is a sport that can be pursued for almost one's entire life, either as a recreational member or competitor.

There are three different fencing disciplines: foil, épée and sabre.

The foil is the modern version of the rapier. Fencers score hits by landing the point of the foil on their opponent's torso, based on the principle of right-of-way. Competitive fencing is scored electronically, and foilists wear a metallized fabric vest connected to the electronic scoring equipment so that hits can be registered.

The épée is the modern version of the historical dueling sword. It is a slightly heavier sword than the foil and involves a different scoring area. Fencers score hits by landing the point of the épée anywhere on the opponents body. Épée is also scored electronically. An épéeist scores by making the first hit, or by hitting at the same time as their opponent.

The sabre is the modern version of the cavalry sword. Hits are scored when the point or the edge of the blade touch the target area of the opponent, which is anywhere above the waist including the head and arms. Sabre is also scored electronically, and like foil, is based on the principle of right-of-way. The target areas are covered with metallized fabric and the fencer wears a metal mask that is connected to the scoring apparatus.

The fencing PISTE or Strip

In modern fencing, the piste or strip is the playing area. Regulations require the piste to be 14 meters long and between 1.5 and 2 meters wide; the last two meters on each end are hash-marked, so as to warn a fencer before he/she backs off the end of the strip. There is also a 1.5 meter runoff to allow fencers who flèche. The piste is also marked at the center and at the "en garde" lines, located two meters either side of the center line.

After each touch, fencers begin again at the en garde line, 4 meters apart, or if these lines are not available, roughly at a position where their blades can nearly touch when fully extended. If no touch is scored but play was halted, the fencers come en garde at the position they were stopped.

Most pistes at fencing tournaments are "grounded" to the scoring box, thus any hits that a fencer makes against the piste will not be registered as a touch.

There are three different types of piste:

Made from conductive material with a rubber back; lightweight, approximately 25 kg.

Made from sections of rolled aluminum which are bolted together; weighs approximately 300 kg

Made from woven metal with no backing; weighs approximately 70 kg


Maximum length of the foil and sabre grip is 20cm.

Maximum length of the épée pistol grip is 17cm.


Épée grips, whether metal or not, may not be covered

with any material that could hide wires or switches.

be held or caught.


The guard must be smooth and not too shiny.


The maximum electrical resistance of both the

foil and épée must not exceed 2 ohms.

without indicating a touch (opening the circuit).

without indicating a touch (closing the circuit).


Point depression distance must be greater than 1 mm.

Travel distance of the point to indicate a touch


Body cord wire resistance must be less than

1 ohm from plug to plug


Floor Cord resistance - plug to plug must be

be less than 3 ohms


In case of error or if authoritive information about the rules of fencing
is required, please consult the current FIE rules governing fencing.

Ever wondered where to go...

Much of our equipment has been donated, but when we do need to purchase these are our suppliers. 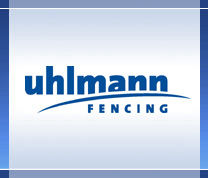